I haven't written anything on my blog in quite some time and you can definitely blame the mountain of edits I've been slowly being crushed by over the last few months. I've been working on my third Aria novel, Dead Girls Can't Lie, along with my fourth book for them and also the project I'm working on with my lovely agent, Nelle. It just means that things have been hectic, I've had a lot of cereal based meals and have rarely left my writing room.

But things are calming down a bit as edits get finished, along with books, and I get to claim back some free time (woohoo, Netflix binge here I come)! 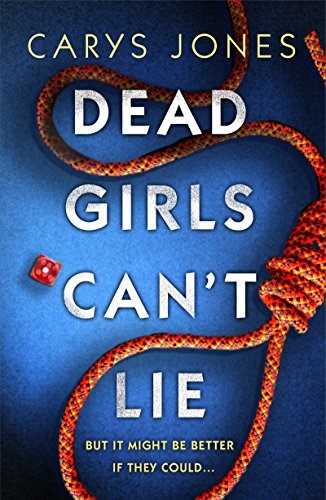 The cover for my next book, Dead Girls Can't Lie, has recently been revealed and I love it. Aria have outdone themselves again with a stunning cover that totally captures the essence of the story. So what's DGCL all about? Here is the official synopsis;

Best friends tell each other the truth – don't they?

When North Stone's best friend Kelly Orton is found hanging lifeless in a tree, North knows for certain it wasn't suicide. Kelly had everything to live for – a loving boyfriend, a happy life, and most importantly of all, Kelly would never leave North all by herself.

The girls have been friends since childhood, devoted to each other, soul sisters, or at least that's what North has always believed. But did Kelly feel the same way, or was she keeping secrets from her 'best friend' – deadly secrets...

When the police refuse to take North's suspicions seriously, she sets out to investigate for herself. But her search soon takes her to a glamorous world with a seedy underbelly, and before long North is out of her depth and getting ever closer to danger. Determined to find the truth, she soon wishes that dead girls could lie, because the truth is too painful to believe...

Like the sound of it? Then make sure to add the book to the TBR pile over on Goodreads before it comes out on 1st September this year. It's also up for pre-order.

And let me know what you think of the cover! I reckon it might be my favourite yet!