Lately some well meaning family members and friends have been inquiring about how I spend my days as a full time writer. I can always tell by the inflection in their voice that they have this image of me spending countless hours in front of the TV whilst they are out working hard for a living. It doesn't help that I'm alarmingly aware of all Grumpy Cat's movements thanks to Twitter and already caught up on #OITNB. But to answer questioning minds, here is a standard day in my life as a full time writer; 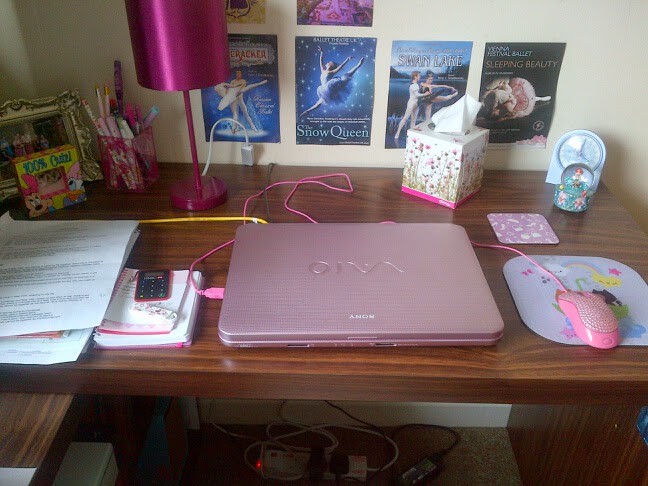 So there you go! I don't just sit and watch TV all day. I watch it sometimes during the day! I love what I do and know how incredibly lucky I am to be able to dedicate my life and my time to my writing, and also to Grumpy Cat!

xoxo
Posted by Unknown at 09:16 No comments:

I thought that today I'd do something different on my blog and share the prologue for Prime Deception. Looking back on it, its amazing to think how far the book has come since all those months ago when I sat down at my laptop and began the story (over two years ago I think).

I always write in a linear sequence so this was the very first part of Prime Deception that came in to existence and it has hardly changed since I originally wrote it on its journey to publication. I like to think that it works nicely to set the scene for the rest of the book. I find writing Prologues and Epilogues to be my favorite parts of a book as they always round things off nicely, like imaginary bookends!

Anyway, hope you enjoy the prologue, if it piques your interest the book is currently available through Amazon so do check it out!

Have a lovely weekend : )

Dawn had not yet broken over the capital and yet the offices of The Shadow newspaper were already a hive of activity. Eager and ambitious journalists were bent over their computers, furiously typing away, some not having left from the previous night before.

The Shadow was ’s biggest selling tabloid newspaper, and as its name suggested, it was ever present among society, exposing every ounce of scandal and corruption as it occurred around the country.  The paper had grown in notoriety over the last decade, being linked to practically every sin committed by a member of the elite. If someone had behaved badly, The Shadow knew about it, casting the delinquent in darkness.

Part of the paper’s success was easily attributed to the doggish determination of the staff who listed eating and sleeping as a low priority compared with work. Journalism was a fiercely competitive field and they were each trying to make a name for themselves by catching that one big story which would set the country on fire.

John Quinn had that story. He almost trembled with excitement when he thought about it. He ran his hands through his thinning black hair as he sat slumped over his desk, going over for what felt like the hundredth time, the questions he needed to ask. He had been up all night since he had received the call. It was a young girl wanting to make money on a kiss and tell story, standard stuff really, except the man involved was no ordinary man. John had run in to her at a party a few months back, she had been really drunk, and talkative. He’d held back on revealing his occupation until she completely divulged her extra curricular activities to him. She had seemed genuinely horrified when he offered her his card, professing how she most certainly did not want to sell her story. But he knew she would, the money was too good to pass up; dignity always had a price.

So, as John had predicted, she had called. Now, all he had to do was capture her side of the story and run with it. It would be front page news and he would instantly have made a career for himself.  Having spent four years at university, three as an unpaid intern, five being the office gopher then three as a struggling journalist John felt he was long overdue some success in his field.  He needed to go home, shower, make himself presentable, but he was afraid to even leave his desk, afraid someone might snap the story up from right under his nose.

He remembered how desperate the girl had sounded when she called and almost felt guilty. He couldn't be sure, but he thought she had been crying. John had seen so many young women, naively lured in to bed by rich and powerful men selling their story out of spite or desperation. He failed to empathize with their plight, after all, they had willingly engaged in events. But this time something felt different. Perhaps it was because the man in question appeared whiter than white to the rest of the country and exposing this girl and their sordid affair would tarnish and possibly destroy his reputation.

John Quinn was rarely shocked, but her story had genuinely caught him off guard. He did wonder if perhaps it had just been drunken ramblings, but then she had called. Confirming everything she had said and insisting she wanted to take him up on the offer of writing a piece. He’d named a price to her which few people would be strong enough to turn down because he knew just how valuable a story of that caliber was.

Aware that time was pressing on, John took one last glance at his notes and put on his jacket, intending to quickly return to his flat, wash and change and then meet the girl. He had just pushed his arm down in to the second sleeve when the internal phone on his desk began to ring. Sighing, he leaned forward and picked up the receiver, tersely announcing himself to the caller.

‘John, its Maria,’ came a soft female voice. Maria worked in the news department, unlike John who was in features. She was one of the few people within the tangled structure of The Shadow who he trusted. They had slept together a few times, and continued to do so on the rare occasions that he wasn't too exhausted or was feeling particularly lonely. Maria was nothing special, you could easily pass her by on the street without feeling the need to take a second glance, but she was kind and trust worthy. Qualities which John figured he might one day be looking for in a woman and so he attempted to keep her relatively close.

‘I’m just on my way out.’
‘I know, to meet with that girl, right? What was her name, Lorna Thomas?’
‘Yeah, that’s right.’ John had forgotten that he’d told her who he was meeting a few nights previous, but he had not disclosed the context.
‘I’ve just had a police report come through about her.’
‘Oh?’
‘Apparently she committed suicide last night. Want me to email the report to you? I figured you’d probably want to run with the story yourself. Chief says no more than a hundred words on it.’
‘Right…okay, yeah.’

In a daze, John took off his coat and re-positioned himself in his chair. He suddenly felt a pang of remorse run through him that he had not been more responsive to the girl’s sadness over the phone. He had propositioned her to sell her story; he hoped he had not driven her to take her own life. John Quinn shook his head in disbelief. The story that would have made his career was now gone, never to be confirmed. He read the report with dull eyes as it arrived in his inbox.

Sadness slipped over him as he placed his fingertips to his keyboard and began to write a brief obituary for the girl he was supposed to be interviewing. His heart felt heavy with each letter he pressed. John finished the piece and got up and walked away from his desk, but not before calling Maria and asking her to come round to his flat that night. He didn't feel like being alone.

22 year old Lorna Thomas of was found dead in her car in the early hours of this morning. Police have ruled that she committed suicide.
Posted by Unknown at 06:56 No comments:

No Rest for the Wicked...

So I've got quite a bit going on at the moment which is all very exciting.

Last weekend I enjoyed the first virtual Romance Festival which was a lot of fun and very informative. It reminded me of how invaluable tools like Twitter and Facebook are for a writer. Working at home can be extremely lonely at times when I've only my dog for company. I'm fortunate to have found many virtual author friends who can relate to the trials and tribulations of a life spent dedicated to your craft.

In terms of my writing I finished a manuscript and delved straight in to the next one! I love writing and have a long list of stories I want/need to write. I'm getting quite involved with my current story and may share the prologue on here at some point.

I found out that the first book I ever wrote, Not All Stars Sparkle, will be re-released through Carina around August. I'll share a specific date with you once I have it. As NASS was my first book it is really personal to me and I'm extremely proud of it and can't wait to share it with a wider audience. The sequel to the book will also be released through Carina later in the year.

I'm still working on a title for my project with Reuts which should be out towards the end of the year. We're almost settled on a title and are bouncing cover ideas around. The problem I have is that visual art isn't my forte so I'm not much use on the cover ideas front...

Currently I'm sat with Rollo who got covered in mud during his walk over, most of which is now on me as he's been in quite a cuddly mood lately...

I should also mention that Prime Deception is currently on offer (shameless plug). The price for it has been reduced pretty much everywhere and I've no idea how long that would last so I'd suggest getting your copy right away! But then I would say that, wouldn't I? ; )

It's just started to thunder here so I'm off to hide under a blanket somewhere!

Take care and have a great week!

xoxo
Posted by Unknown at 06:27 No comments: