You know how sometimes people label themselves as a people person? Well, that's not me. I'm far too shy to be a people person. What I definitely am though is a pet person. I adore my pets, they rule my house, and me! So I thought that today I'd dedicate my blog post to the two pets in my life; Rollo and Roger.

Rollo will be four this summer. He's my precious boy and I've had him since he was eight weeks old. He is not named after a Nordic king as some people presume (though it does make the origins of his name seem far grander than they really are). Rollo is actually named after a boat from the TV show Deadliest Catch because around the time when we got him my husband and I were flat out addicted to that show. And no, the Rollo wasn't our favourite boat. The Northwestern was, but we didn't feel like that was a good name for a dog!

Rollo is an utter softie. He loves nothing more than being cuddled and napping away most of his day (which suits me just fine). Every time I go upstairs to write he's there with me. And he's quick to tell me when it's time to sign off for the day - he's even learnt where the off button is on my laptop and he'll try and tap it with his paw until I agree to get off the computer.

He is an absolutely gorgeous boy and a huge part of my family and my home. 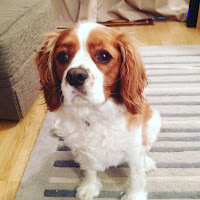 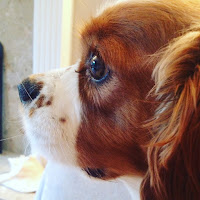 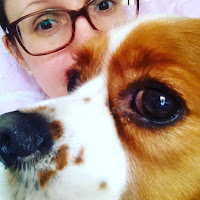 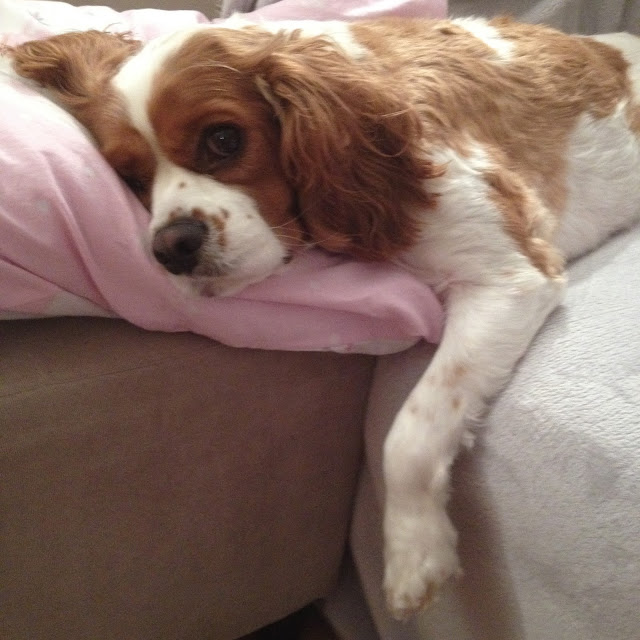 The other pet in my life, Roger, also turns four this year although a month or so earlier than Rollo. Roger is a guinea pig. And he's a very grumpy little chap. He doesn't enjoy cuddles although he does love singing along to music, the more base the better! Whenever I put a CD on he chirps along with it! Roger is named after a character from one of my favourite TV shows, Mad Men. Originally we had Roger and also Don. But sadly Don died a few years back and Roger's obstinate nature means that he's never going to be receptive to a new guinea pig on the block.

And so for the past three years Roger has been going it alone in the house my husband built for him. Although during this time he has had a faux guinea pig to keep him company. He used to cuddle up to it but then he grew bored of it and just peed on it all the time so it had to go.

Roger is like the terminator of guinea pigs. He's had four major surgeries in his short little life. One to remove one of his eyes. He's been plagued by bad health but he always comes out swinging and against the odds pulls through! 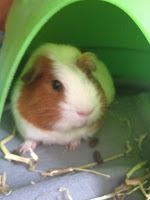 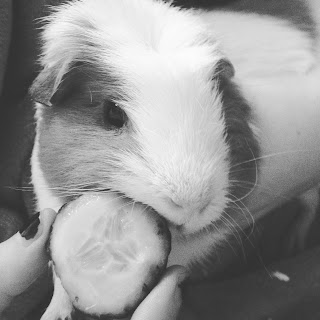 I'm lucky to have two such awesome pets to keep me company all day when I'm at home writing! Do you have any pets? If so tell me all about them! And send pictures! I love pet pictures!